We recently sponsored The Farmers Weekly Awards 2018 for the Farm Supplier of the Year. The award was presented by Ed Davey from our Lincoln office. Ed is a farmer himself, and was nominated for Arable Farmer of the Year in 2006. The winner of this year's award was Compass Tractors. 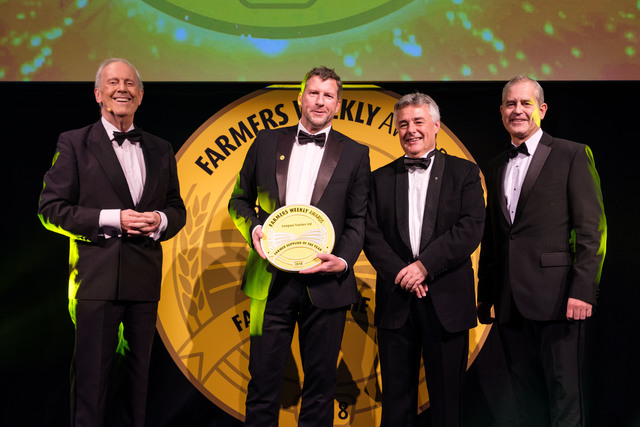 Compass Tractors won this year for:

Robert Chapman, who nominated Compass Tractors for this award, is in no doubt about the effect the dealer has had on his contracting business.

“I would never have got where I am today without them,” he says.

Today he is running a 2,800ha contracting business on the Isle of Wight, built up from scratch in just eight years. Mr Chapman has worked with Compass from the very beginning. When he was setting up his business, he emailed nine machinery dealers, enquiring about buying two Fendt tractors.

“Justin was the only one who got back to me,” Mr Chapman recalls, referring to Compass managing director Justin Nichols.

“Until I bought the tractors, that is – then they all wanted to talk to me.”

The 30-year-old now runs a fleet of 12 tractors bought from Compass.

He cites the quality of service it provides as a key reason why he has kept coming back. That’s quite an achievement, given that the dealer is located in Bridgwater in Somerset, so getting to the Isle of Wight involves a ferry ride.

Their dedication to keeping their customers going, no matter what, makes Compass tractors and its MD, Justin Nichols, deserved winners of the first Farm Supplier of the year award. We’re proud to support this award and present the trophy.

Congratulations to the other nominees: