October was another action-packed month, with Jelf colleagues from across the country giving up their time to give back to their communities.

After another busy month of charitable activity and volunteering days, we want to shout about our fantastic employees. Here is what they have been up to in October:

Tea & Talk is an initiative held by the Mental Health Foundation to give people the opportunity to open up and talk to one another, whist raising money for a charity who helps support those in need.

For a couple of hours, colleagues were welcomed to take a break from their desks, and have a natter, cuppa and cake. 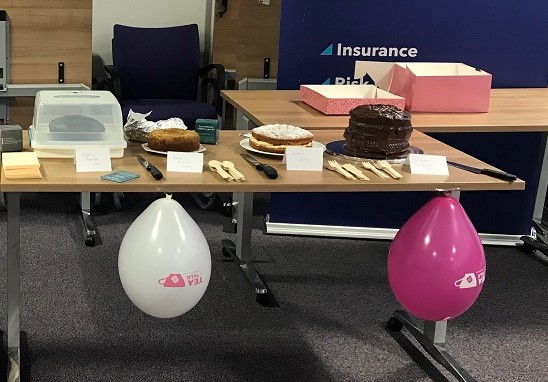 Newcastle-under-Lyme laugh it up for a good cause

Our team in Newcastle-under-Lyme attended an evening of fun and laughter which was staged by Dains Accountants in Stoke-on-Trent, to give a huge boost to mental health charity: North Staffs Mind.

A side-splitting comedy night for colleagues, friends and family members was organised to raise £2,250 for the independent Potteries-based organisation. 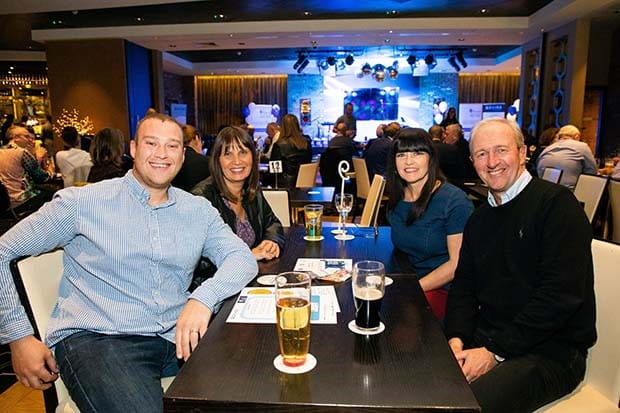 Our Plymouth colleagues held a Halloween themed bake sale, in aid of a very special family who are bravely battling through their son’s cancer treatment.

Oliver Brown has battled an extremely rare and life limiting disease for the last three years, and this year his family has ensured he gets to enjoy Christmas.

Alistair Ellis from our Plymouth office is a family friend of Oliver’s parents and has decided to help contribute to the Grand Appeal charity, who have supported the family’s treatment over the past three years, not just with care and support but also accommodation throughout.

The office’s bake sale raised over £100, and Alistair has committed to run the London Marathon 2020 to help contribute even more to the charity. 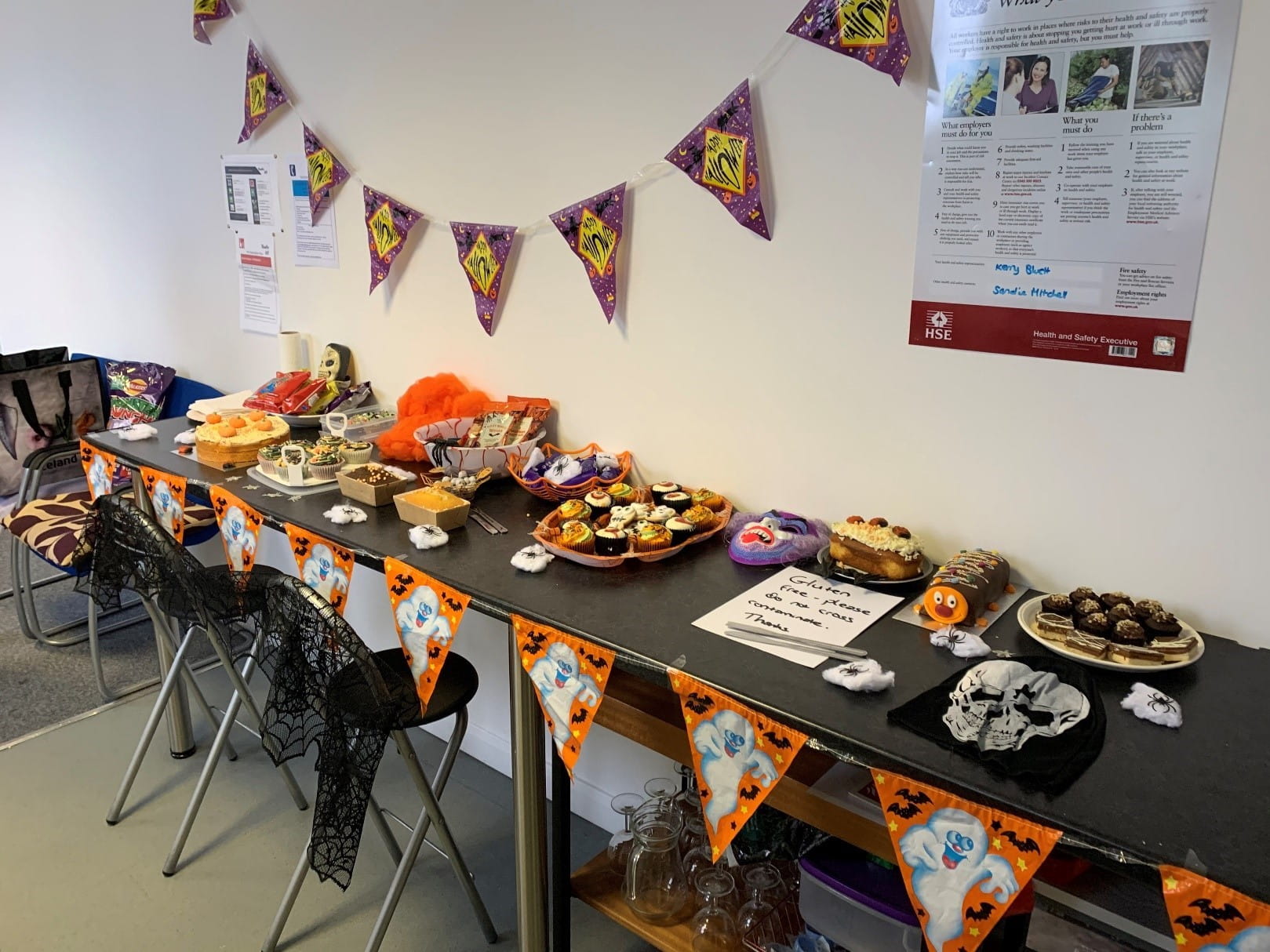 Back in the Summer months, Exeter colleagues took part in the Great Rotary Wheelbarrow race as Rotarians and corporate members of the Newton Abbot Rotary group.

The team chose to support the local charity Animals in Distress because they’re in urgent need for new dog kennels.

Animals in Distress is an animal shelter in South Devon who care for lots of animals looking for new homes.

The team managed to contribute an impressive £200 which is amazing. 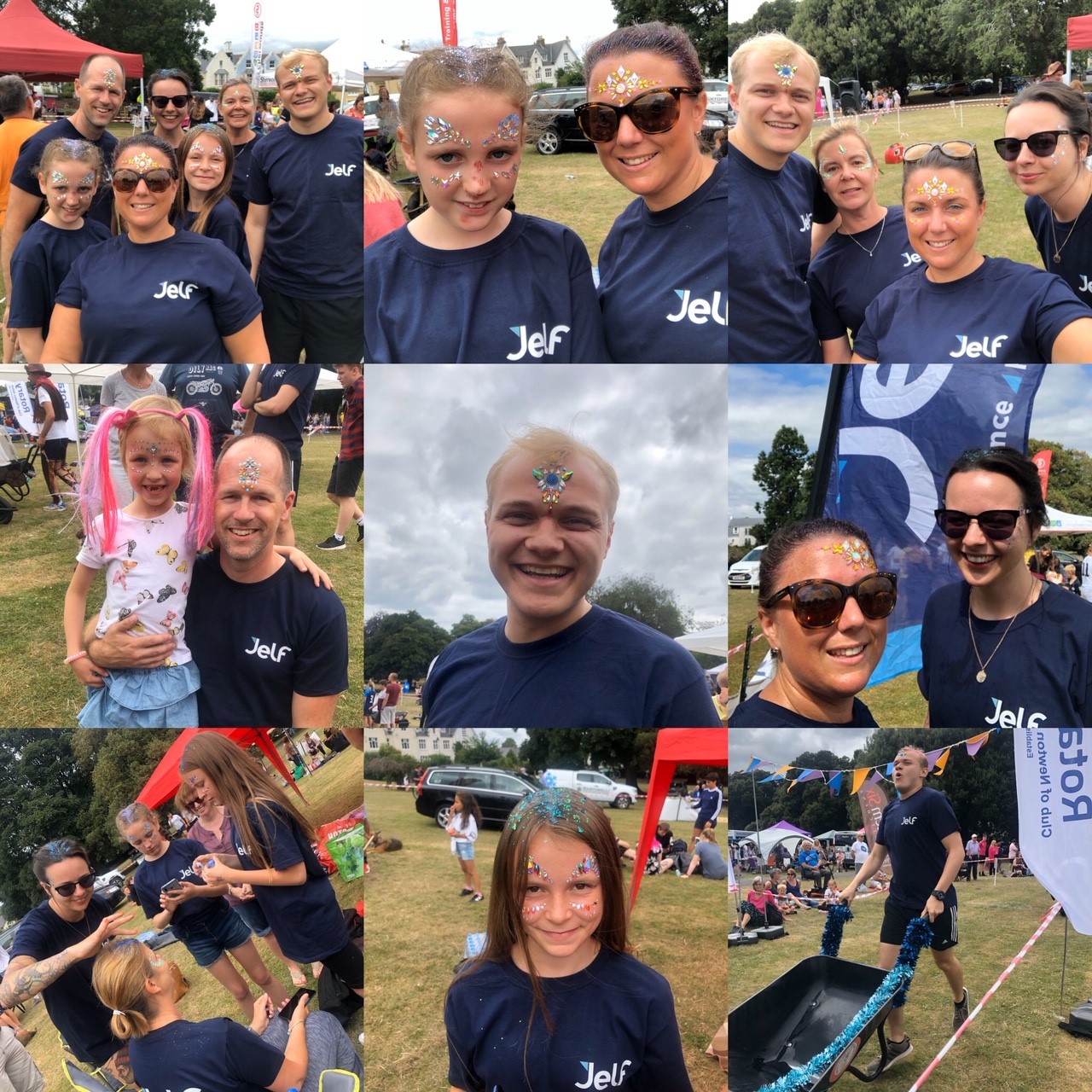 A huge shout out to the many MacMillan coffee mornings that took place across the business this month. We are blown away with the amount of effort that went into supporting such a worthy cause, here are just a few examples…

• Maidstone held a Macmillan Coffee Morning on the 19th September 2019 and raised a fantastic £214.00. They ran a bake off competition and the delicious cakes took two whole days to demolish.

• Our Harrogate team raised a fantastic £66.74, combining colour and flavour!

• Aberdeen have held many MacMillan charity days, raising lots of pennies over the years. Organised by several people in the office, various activities took place to raise an impressive £2,198.55! There were Home Bakes Raffle, Soup and Sandwich Lunches, Coin Toss Dunking Game, and Guess the Berries in the pie!!

• Horsforth combined their efforts with their ‘Hub offices’ including Bradford and Leeds Albion Street, which meant they raised a fantastic £631.56 in total.

• Our Glasgow office raised £265 with a tasty looking spread! 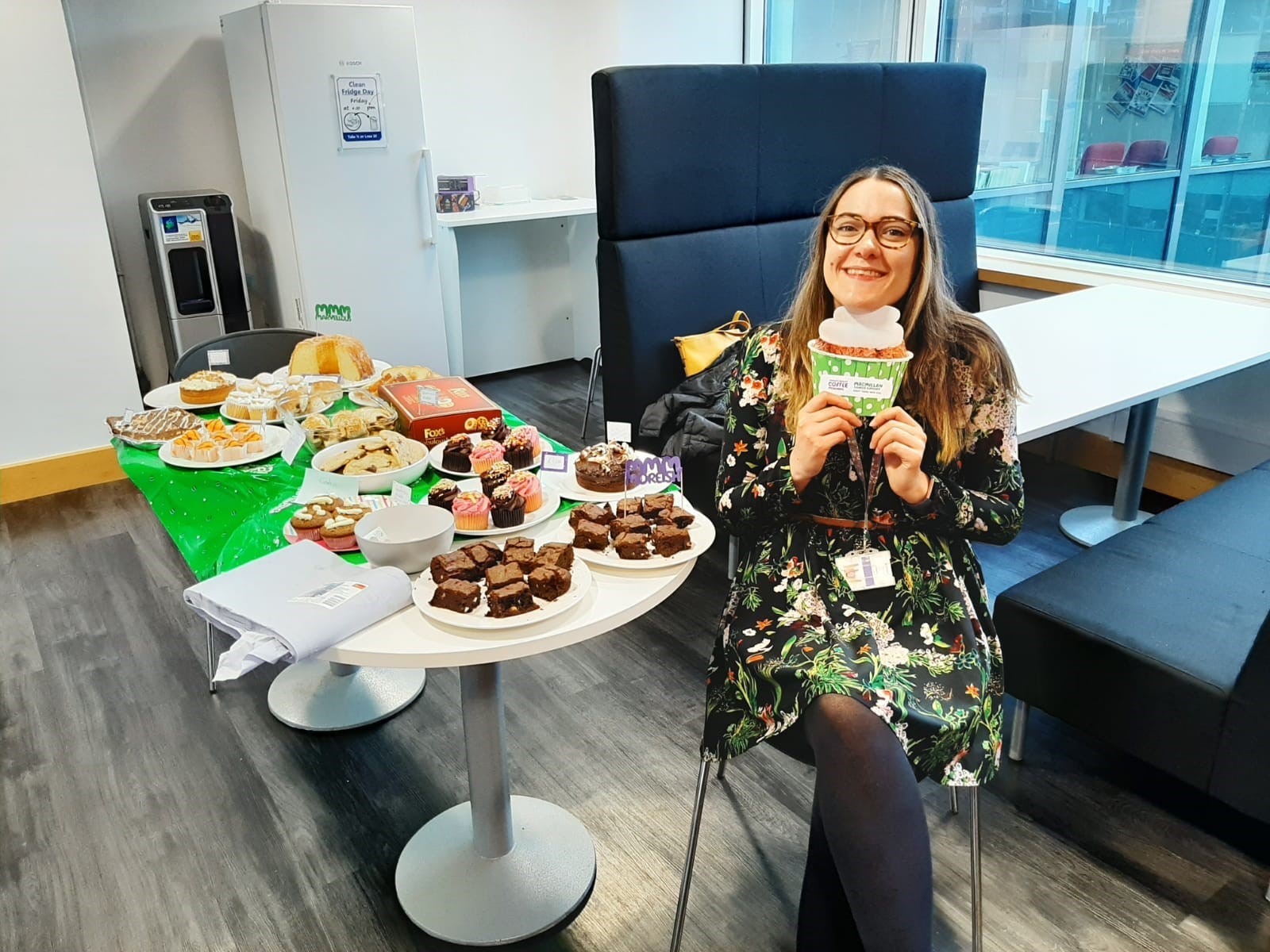 Our Bristol region held their latest quiz night at the Bristol Pavilion recently, which was hosted by Chris Lewis from our Worcester office, and our quizmaster, Glen Curran from our Hereford office.

Over 120 colleagues and guests attended from various locations, to enjoy a fun and lively evening and raised an amazing £2,100 which will go to the chosen charity Jessie May.

Lindsey Horton, who attended the event from Jessie May told guests just how much the fundraising will benefit them. It’s safe to say the charity are extremely appreciative of the monies raised.

The quiz was won by the “Simple Six” from the Heath Care/Risk divisions at Chipping Sodbury! It was a real teamwork effort and a huge shout out to colleagues George Covello, Danielle Fain, Lisa Tucker Cert CII, Michelle Sims, Taylor Sweet & Mandy Powell for their help with the organisation. 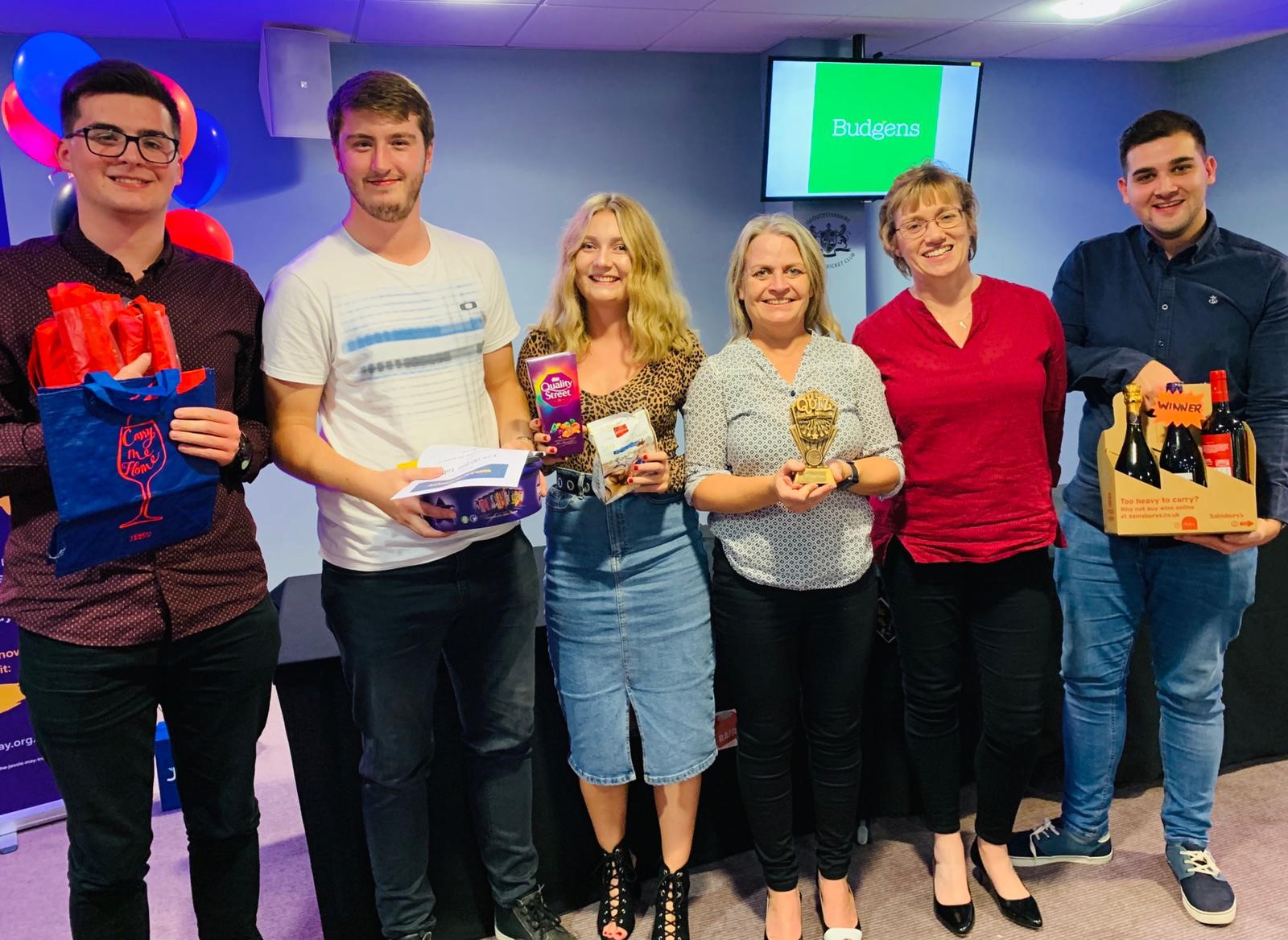 A huge thanks to the efforts of colleagues who took part in charitable activity this month - it's been a busy one!

Check back next month to see what we have been up to.

Health and social care recruitment presents many risks and challenges. Recruiters should understand these risks and how contracts affect insurance cover.

How care providers can support the mental health and emotional wellbeing of staff new to care, to retain a healthy workforce.

As an employer, it can be tricky to know what you should be responsible for. We’ve untangled some of the myths so you can create a clear plan of action to support your employees.

We’re delighted to support impressive racer Zak. Find out how we’re building engaging relationships with our clients and the community.

Healthcare providers looking to improve their attractiveness as an employer should update their recruitment strategy to reflect new market conditions.

We’re proud to sponsor the Bristol Property Awards 2021 that celebrate the city’s dynamic property sector. Enter your business for an award today.