One of the members of Jelf’s International team, Debra Smith, put the idea forward for the Chipping Sodbury office to be decorated in a ‘field of poppies’.

“It just seemed like the right thing to do to raise money, and with the feedback I received, I felt that the majority of the office were behind this.”

Donation boxes were stationed around the office; selling lanyards, bracelets and badges in addition to the poppies. However, some colleagues decided to go even further in bringing home the message, getting creative with their own poppy displays, truly doing justice to the 100 year Armistice Day. 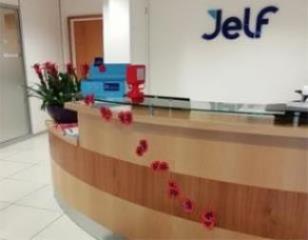 With the dedication of the whole office, the poppies grew and grew. In total, the head office raised the grand sum of £349.70 for the Royal British Legion’s Poppy Appeal campaign.

Jelf are proud to have taken part in the commemoration of those who served and continue to serve, and would like to thank all of those who got involved.